In the fall of 2010, a call to manhood was pronounced by the Coalition of Schools Educating Boys of Color (COSEBOC) to establish an in-school rite of passage program for the School District of Philadelphia. Approximately 100 men from the city of “Brotherly Love” responded to the summon and 10 were selected to pioneer this innovative approach to create transformative systems and practices that would address the cultural, identity and manhood crisis that impedes the holistic development of boys and young men of color in the school context. Under the leadership of Ron Walker (Executive Director of COSEBOC), Ben Wright (Former Superintendent of Alternative Education at School District of Philadelphia), Brenda Artwell (Former Program Director of 444 COSEBOC SPP) and myself (Former Design and Curriculum Specialist for 444 COSEBOC SPP), the 444 COSEBOC SPP was launched and, in its short 4 year tenure, achieved phenomenal outcomes that have and will continue to serve as a national prototype for schools, institutions and organizations interested in improving the personal, academic and life outcomes for boys and young men of color.   This is the first of of 3 blogs that will share the amazing success of the 444 COSEBOC SPP.

Sankofa is a concept that derives from the Akan language of Ghana, which translates as “reach back and fetch it.” In the COSEBOC 444 SPP, the young men were exposed to the rich historical and cultural contributions of their ancestral legacy and charged to create a future informed by the genius, wisdom and virtues of their heritage.  The “444” is an educational structure introduced by Ben Wright.  This practice is designed to have 4 caring adults provide academic, emotional and life skills support to a cohort of 44 students.  With the leadership and cultural custodianship of 2 rite of passage facilitators combined with the 2 committed academic support teachers from the School District of Philadelphia, the COSEBOC 444 SPP created the optimal learning conditions for the 454 young men served during our tenure. 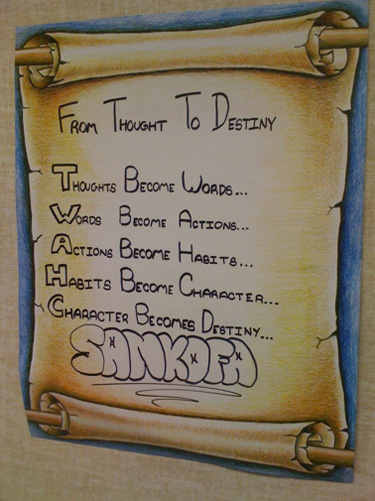 From the affirmative and preventative lens, the COSEBOC 444 SPP was created to support a young man’s natural inclination to learn, grow and be challenged in a loving and nurturing community that acknowledges and celebrates healthy risk taking as a process to achieving young manhood.   Where formal passages and initiations are not established by men of integrity, adolescent boys will take their proclivity toward risks and create misguided trials that can be hazardous to their overall well-being.   Some of these haphazard school passages our boys and young men were experiencing in Philadelphia also prompted the responsive position of COSEBOC to establish in-school rite of passage experiences.  It was difficult to accept the harsh data, which indicated that 78 % of boys of African and Latino ancestry in the School District of Philadelphia did not graduate from high school on time.

Armed with varying degrees of knowledge about rite of passage and the Sankofa path, the 10 men (increased to 17 by year 4) experienced an intensive two-month professional development, which infused rite of passage components that were designed to guide our facilitators to the threshold of their identity as men, charged with the responsibility to be cultural custodians and rite of passage practitioners.

The initial focus of the COSEBOC 444 SPP was to guide the men through a transformational experience that allowed them to reconnect with their own formal and informal passages.   In addition to the art, science and the technical aspects of facilitating an In-School Rite of Passage initiative, these men embraced rituals, trials, and experiences that connected them to their vulnerabilities, albeit in a trusting environment.  The symbolic death of the “old self” and the expulsion of ego (germane to all rite of passages) gives birth to enlightenment and the authentic self.  If there is a “Silver Bullet” to transforming our young men, it would be to engage with an authentic facilitator who is purpose driven, passionate about his mission, embraces vulnerability and loves the boys or young men that he serves.

The COSEBOC 444 SPP Rite of Passage training fortified the men with the knowledge, values, skills and verve to enter the School District of Philadelphia prepared to enlighten the young men with affirmative rituals, a new lexicon, leadership strategies, transformative exercises, identity development tools, academic support and 21st Century literacy awareness to help guide our young men to the threshold of their identity and developing missions.

My next blog will focus on the experience of the young men upon meeting their facilitators and going through the passage.

Rite of Passage Trial for leaders:

I challenge you to create a one page Oath statement that is centered on your life purpose, core values, philosophy and what you are prepared to live and sacrifice for as an educator of boys and young men of color.  Under your leadership, what will boys and young men know, value and be able to accomplish when they successfully matriculate from your passage?

Your Oath should be shared with your staff, students or others that can hold you accountable to your declaration. It should be displayed for your entire community to observe.

If you are interested in starting a rite of passage program in your school or community, contact Margaret Jones at Mfjones@coseboc.org or call (855) 267-3262 Ext. 34.