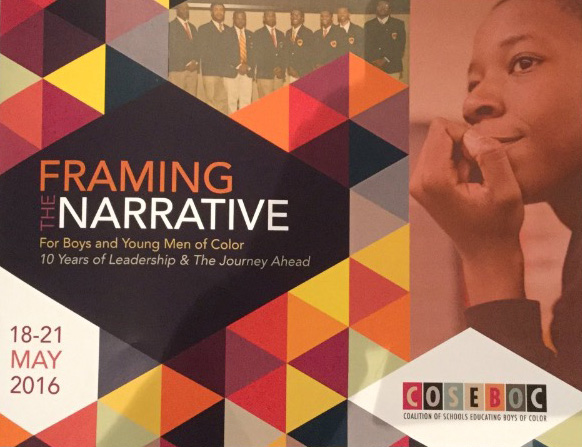 From May 18 to May 21, over 1,000 “village” members convened in NYC for the 2016 Gathering of Leaders, and all we can say is “THANK YOU and WHAT A TIME!” The Gathering energy was electric, the willingness to learn and share was infectious, and the conversations extended well beyond the Javits Center. In fact, the hashtag #COSEBOC10 trended at #6 IN THE WORLD during our Opening Session! Read on for a recap of the event…

“It isn’t how you start. It’s how you finish.”
~ Robert Henderson

#COSEBOC10 kicked off on Wednesday, May 18 with a series of pre-Gathering events for some distinct members of the village – principals, board members, and our esteemed COSEBOC membership came together to dig in deep on what works and what still needs to be done for our boys. Be sure to download the free Partner TookKit below from the filmmakers of the “All The Difference” documentary featuring former Urban Prep Chicago students Robert Henderson and Krishaun Branch, who spoke passionately with the COSEBOC Members after the film’s screening at the Schomburg Center.

“There are 245 days left in this Administration.  Stay woke.”
~David Johns 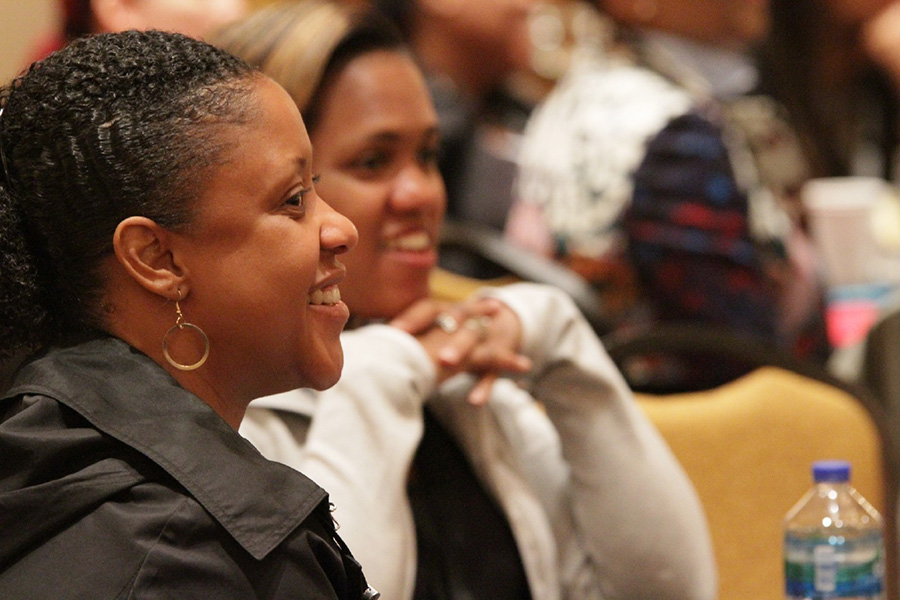 On Thursday, May 19, #COSEBOC10 boasted an Opening Session that won’t soon be forgotten – outfitted with a stilt-walker, 150 youth attendees made a spirited “Walk of Integrity” to officially “frame the narrative” for the two full days of workshops and dynamic speakers. While the young men journeyed off for workshops, Hip-Hop, and Rites of Passage, NYC’s dignitaries were in full force, with memorable remarks from Rev. Alfonso Wyatt, Deputy Mayor Richard Buery, and Deputy Chancellor Phil Weinberg. From the field, attendees were wowed by the words of David Johns of the White House Initiative for Educational Excellence for African Americans and Rashid Shabazz from the Campaign for Black Male Achievement.

“We are doing revolutionary work. We need to be uncomfortable.”
~Chris Emdin 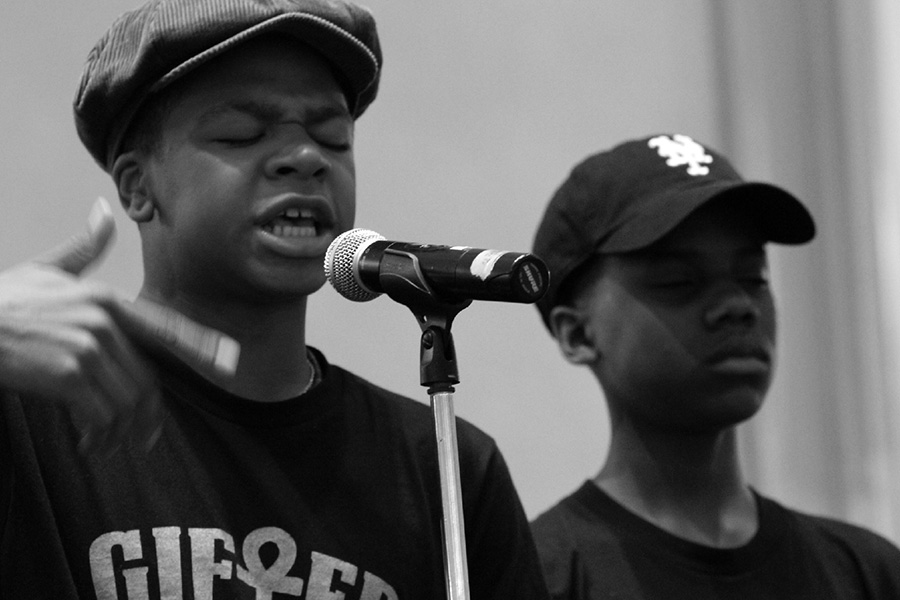 Friday, May 20 was so jam-packed with greatness that people are still talking about it! The morning session opened on task and theme, with thoughts from COSEBOC board chair Phil McCall, NYC host partner/ESI director Paul Forbes, Rasheed Meadows from #COSEBOC10 sponsor TNTP, and Manhattan Borough President Aldrin Bonilla. The messages captivated us from the late morning to the afternoon luncheon, with unmistakable charges offered by Columbia University’s Chris Emdin and Carmen Perez of the Gathering for Justice and awards given to the family of memorial fund namesake Jackie Carter and some of the organization’s pillars from the past. And, well, Philadelphia Youth Poetry Movement just about blew the roof off our minds and the building! The COSEBOC Talks championed the laurels of mentoring, led by Stephen Powell of National CARES Mentoring Movement, along with a small panel of insightful young men. This was followed by a screening of the inspiring film “Kingmakers of Oakland,” featuring youth who also performed on Saturday.

“What if trauma was like carbon monoxide? We’d do something about it fast.”
~Howard Stevenson

Trauma in the Village

Perhaps one of the most pivotal moments of our time together was the “There’s Trauma In The Village” session on Saturday, May 21st. Author and motivational speaker Richard Taylor asked us to “take off our masks and be vulnerable,” while our panelists and respondents laid a foundation for recognizing and treating trauma in boys of color (Dr. Janice Stevenson of Total Health Care, NYU School of Social Work’s Dr. Michael Lindsey, Dr. Olga Acosta Price from COSEBOC’s board and George Washington University, Kenneth Braswell of Fathers Incorporated, University of Pennsylvania’s Howard Stevenson, and Eric Grimes of WURD). Attendees also benefited greatly from the opportunity to break into small groups and dissect real-world trauma challenges in our schools and communities.

#COSEBOC10 started off strong with a Members-Only Screening of the poignant film “All The Difference”, followed by a heartwarming and insightful panel discussion with its two featured graduates of the mighty Urban Prep Academy in Chicago. The “All The Difference” filmmakers have blessed COSEBOC with a downloadable, companion Partner Toolkit to accompany the documentary, which is set for public debut in September 2016.

Please e-mail your photos, video clips, and testimonials to us at gathering@coseboc.org. We’ll use them on the web and future e-newsletters!

If you haven’t heard the news, COSEBOC’s 11th Annual Gathering of Leaders will take place in Austin, Texas, from April 26-28, 2017! The Austin team showed up in full force to #COSEBOC10, and they look forward to showing us some Lone Star hospitality in their fine city, known for its great food, entertainment, and diverse schools. Mark your calendars and see you next year!

A wide selection of #COSEBOC10 workshop materials and resources will be available soon via our new Mobile App. Search ‘COSEBOC’ in your mobile device’s App Store. Be sure to visit coseboc.org for the latest on our upcoming events and professional development offerings, such as a downloadable copy of our Standards document. For COSEBOC services and/or Restorative Justice and Rites of Passage training, email info@coseboc.org.