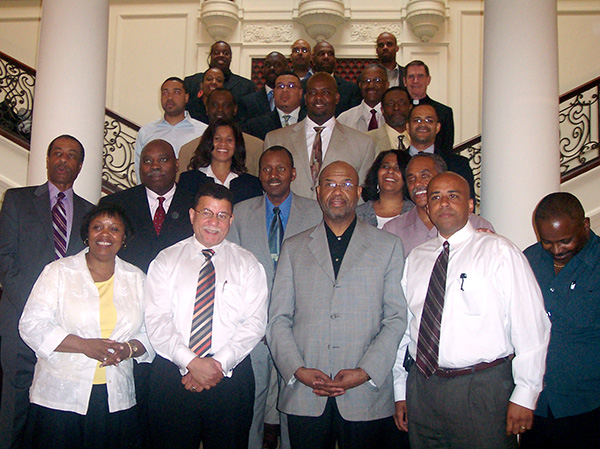 The Plight Deepens for Black Men

In 2006, A New York Times article written by Erick Eckholm, titled, The Plight Deepens for Black Men stirred a high degree of interest and concern. The article revealed what for many readers, like Ron Walker, was already in plain sight, there was a dire situation hovering over the life patterns of young black men.

At the core of the dismal statistics related to employment, health and other factors was the declaration that a huge pool of poorly educated black men were becoming more disconnected from and disenchanted with mainstream society and to a greater degree than comparable white and Hispanic men.

This article along with a report, Black Males Left Behind, written and edited by Dr. Ron Mincy of Columbia University created the first spark for many individuals and organizations. Prior to both of these clarion calls, the work of the Schott Foundation led by Dr. Rosa Smith, cast a spotlight on black boys as the canary in the public school’s coal mine. She issued a national call to build a movement that would generate a positive future for black boys and young men. Three elements would be required for this movement toward educational success for black boys. They are public policy, engaging new and broaden existing community efforts and building a public will for change.

Ron Walker, decided to answer this call. In 2006, with grant support from the Schott Foundation, and the welcoming spirit and partnership with Jackie Jenkins- Scott- the President of Wheelock College in Boston, Massachusetts, Ron launched and hosted a two year seminar series in October 2006 called the Education of Black Male Youth. The first presenter, David Banks, Director/founder of the Eagle Academy for Young Men was the first speaker.

Banks and Walker became kindred spirits and friends and after reading a cover story published in December 2006 in Ebony Magazine, Can Single Gender Schools Save Black Boys?, decided to take steps to ignite the movement that Dr. Smith had inspired. Ron Walker, convened a planning meeting which included, Dr. Larry Leverett, then President of the Panasonic Foundation, Benjamin Wright, then the Deputy Superintendent in the School District of Philadelphia and Jackie Jenkins -Scott. The purpose was to invite 17 schools featured in the article and invite their leaders to come to Boston to meet to discuss their efforts to educate Black boys and to develop collegiality amongst these somewhat isolated leaders. This meeting held in June 2007 became the first Gathering of Leaders. Woven through the conversations at the gathering was the pressing need and urgency to raise the conversations and actions to a national level in order to share resources, research and collective advocacy. 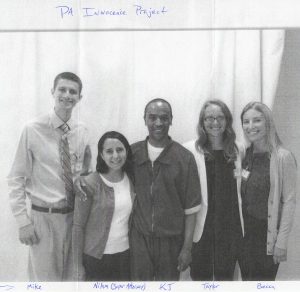 Ron Walker was inspired by the success of the event and an invitation to speak to a group of mostly black and brown inmates at Frackville State Penitentiary, who were to receive their GED’s ( General Education Degree’s). The visit came about because of a former student, Kevin Johnson, an inmate at the prison who recommended Ron to the Prisons School Principal. Together both events were the catalyst to start the organization that was to be called COSEBOC. COSEBOC was formally incorporated as a 501c3 non profit organization in 2008.

The mission of the Coalition of Schools Educating Boys of Color is to advance the social, emotional, cultural and academic development of boys and young men of color. COSEBOC believes that a unified community of educators, parents, youth serving organizations and advocates can appreciate, inspire and the genius present in boys and young men of color. With our collective support they will surely soar to success in school, career and in life.